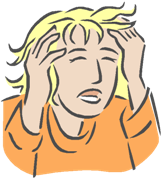 I've been a member of three critique groups. I've met some really nice folks who still stay in touch, but Oh my gosh. I don't think I'm alone in this. You critique a story and send it back, you know the person on the other end is either going to balk or see the light. I do both. I balk, then I see the light.

You spend hours sweating over each and every word you write and put it out there for someone to, dare I say, criticize. That's what critique means. It's a humbling experience.

After the decadent ice cream binge, the denial, and the stomping of feet, you finally have to either reject or accept, sit down and put the advice to use or not. It's always been your choice and it's always going to be painful. But in the end, goshdarnit, you turn out to be a better writer and a better person, so sock it to me, I need improving.
Posted by Elizabeth McKenzie at 12:56 PM 6 comments:

An Interview with a Star

Interview your characters. No kidding. The best way to get to know them is to interview them like they lived. With this in mind, I sat down with the star of my book for a serious interview. Had to make sure he was the man for the job. But like everything I write, it got out of hand and ended up like this.

"This is Giddy Gerda, and I’m here interviewing Jack Troy, the starring character in E.A. McKenzie’s soon to be completed book, ‘Bum’s Rush.’

“Thank you for joining me here today, Jack. I must say, you are one handsome dude. I like ‘em tall, dark, and handsome. Where do you get your suits? No, let me guess, J.C. Penney’s.” --Honking donkey laugh from Giddy. -- “Just kidding."

Giddy turns toward the audience: "Jack is the CEO of Galaxy International Internet Services and works in that big tall building on SW 6th and Morrison."

Giddy turns back to Jack: "Making the kind of dough you make, that suit is probably some brand name I can’t pronounce. I don’t speak Italian.”--Honking donkey laugh from Giddy—“Oh, I just crack myself up.”

Back to Jack: “But seriously, you look like you just stepped off the cover of GQ Magazine.”

Jack Troy remains unruffled and smiles:“You are a funny lady, and I know there were compliments in there somewhere. My mother always said, 'It’s not how well the package is presented, it’s what’s inside that counts.' And my father was always around to take me down a notch. He rode me pretty hard to take care of business—academics and sports, but most important they both taught me responsibility.”

Jack’s smile fades and his eyes glaze: "He and I had some moments, shall we say."

Giddy taps her bottom lip with a manicured fingernail: "We'll come back to that another time. It’s a good thing your parents taught you responsibility, no matter how many "moments" it took. When they kicked the bucket, you were saddled with your nine-year old brother. I hope they instilled a lot of patience in you as well. And I hope you and he haven’t had ‘moments.’”

Jack Troy still smiles, but is now guarded: “I wouldn’t say I was saddled with him. With the difference between our ages, Ancel and I really didn’t know each other. By the time he was two, I was off to college. When I became his guardian, yes, it was rough, but for Ancel too, and there have definitely been ‘moments.’”

Giddy: “It must be easier now you’ve become acquainted, and he’s a teenager.”

Jack looks at Giddy as if a horn has just sprouted from her forehead: “The key word there is ‘Teenager.’ Easier doesn’t factor in.”

Giddy:" You look awfully young for a man with such a high post. I mean most CEO's are shriveled up, gray-haired men with wrinkled foreheads. They have one foot in the grave, another on a banana peel, and both arms clutching all the money they can get their hands on, in case there's a bank where they're going. Like that's possible. Money is made of paper, after all."

Jack Troy still maintains a pleasant, yet strained expression: “Let’s say I'm just the other side of twenty-nine. Don't worry, by the time this book is completed, I may look like your stereotypical CEO, minus the money."

Giddy: "Well that's all the time, or rather, space we have for today. We'll finish interviewing Mr. Troy in another post. Until then, this is Giddy Gerda saying, 'True heroes are fictional.'"
Posted by Elizabeth McKenzie at 4:23 PM 5 comments:

It seems to me everything is getting less and costing more. Frozen diners are where I notice it most. The ones that used to be full to the brim of ingredients are now so watered down you almost have to use a spoon to eat them. My favorite cereal bar is now smaller and has more calories. That upset me so much, I took the before and after wrappers and wrote the company a nasty letter. I never sent it. Now I wish I had. I might have gotten a case of them from the company.

Probably the only company who increases their ingredients are the cigarette companies. I don’t know this for sure, I don’t smoke anymore, but it makes sense. Keep ‘em addicted. But that’s another subject.
Posted by Elizabeth McKenzie at 10:32 AM 2 comments:

This video stirred some feelings in me, made me tap my foot, and enchanted me. If anyone sees it here, share it if you want.

Elizabeth
Posted by Elizabeth McKenzie at 7:51 AM No comments:

I have bragging rights

I did some powerful writing today. If I can write fiction that stirs my emotions, perhaps it will stir reader’s emotions as well. In fact I had to stop writing because my blood pressure was rising and I couldn’t take the suspense. Well then, I’m patting myself on the back. But I must be humble. The reader still has to wade through the rest of the book, invest in my protagonists and hate the antagonists to get to this, amazing piece of work.

Allow me a little brag. If you don’t love what you do and do it as well as you can, then why do it? If for no other reason than to please you I think. 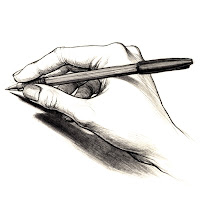 About the only thing I'm a complete expert at is my novel. I'm calling it, "Bum's Rush." That may change, but I think it fits the story.

Bum's Rush takes place in Portland, Oregon. I've chosen to make each location fiction. The reason being, I've been away from Portland long enough that few of the establishments I knew about are still there, but I have a working knowledge of the city since I lived near or in it for more than thirty years. All I can say is, "Thank God for Google Earth."

There are two protagonist, Jack Troy and Skip Reynolds.

Jack grew in Lake Oswego, the son of a wealthy man, old money, that sort of thing. Six years before this story takes place, his parents die in a car crash leaving him to take care of their, late in life son, Jack's nine-year old brother, Ancel. Ancel is now fifteen.

Skip Reynolds, now sixteen-years old, has a severe stutter and attended a school for the deaf, in this story, it's the "Oregon School for the Hearing Impaired." Skip was orphaned two years before this story takes place when his mother died of heart failure. He bounced from one foster home to another. Pour kid was misunderstood because of his disability. When he was placed in an abusive foster home, he fled to the streets, not trusting in the "system" anymore. He hooks up with an old bag lady whose name is Lilith.

Circumstances bring Jack's and Skip’s lives together, yet they both have secrets. Secrets that will surprise each of them.

I’ve actually finished this and am working on the second draft. I hope to have it written by June, my new goal.
Posted by Elizabeth McKenzie at 7:10 AM 1 comment: 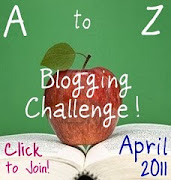 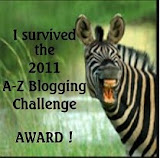 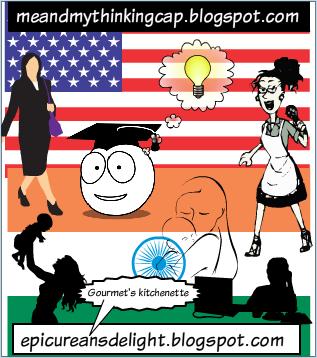